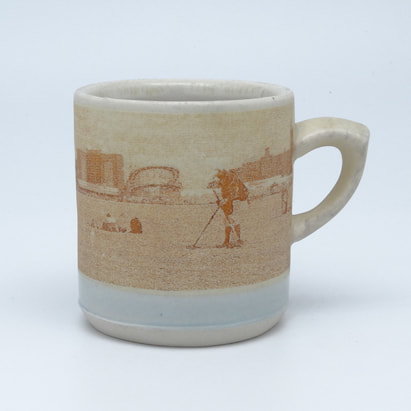 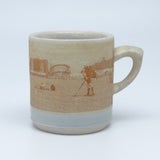 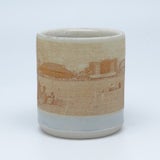 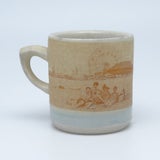 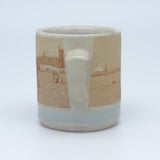 The image on this mug somehow captures all the things that make Coney Island such a wonderful place. It's got The Cyclone, The Wonder Wheel, the beach, the people on the beach, and some guy looking for treasures they may have left behind. What else is there to say? I wonder what language that family speaks? 3.5" x 3" diameter