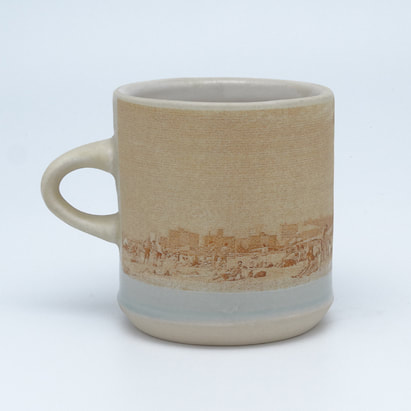 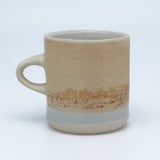 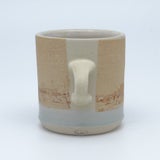 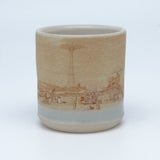 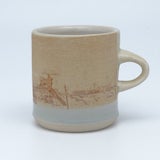 I've once heard it said that New York is a city with it's back to the sea. When you're in Manhattan the ocean could't feel farther away, but in Coney Island, it's literally right there. This mug depicts the Parachute Jump, which was built for the Worlds Fair at Flushing Meadows, and was then moved to Steeplechase amusement park. The park is long gone, but the jump still stands there today, You can still go the the boardwalk and the beach though, and many New Yorkers do. You can almost smell the salt water, along with your coffee. 3.5" x 3" diameter