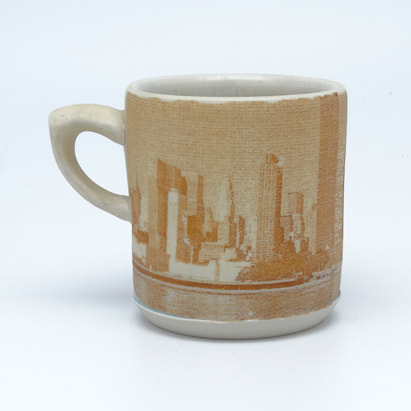 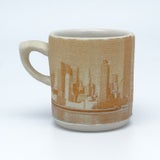 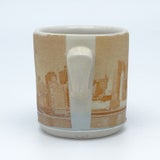 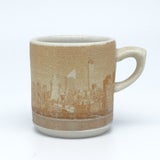 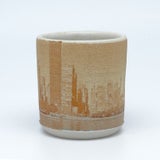 This mug features an image of midtown taken from Roosevelt Island. Visible landmarks include a variety of buildings. Classics, like the Chrysler Building. Later towers like the engineering marvel Citycorp Center, and the questionable residential tower 432 Park Avenue, which is still under construction in this image. 3.5" x 3.5" diameter