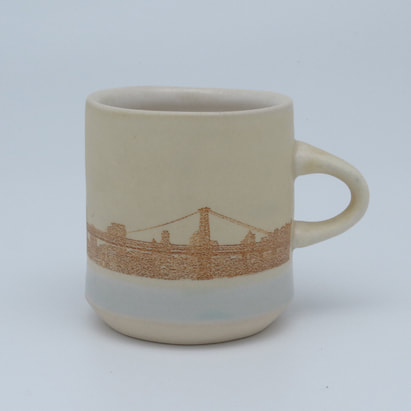 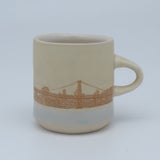 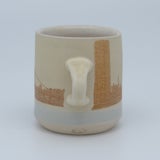 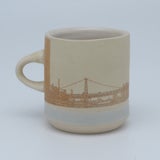 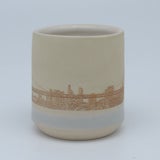 This mug features an image of the Williamsburg Bridge, taken from Four Freedoms Park on Roosevelt Island. The bridges design reflects the industrial history of it's namesake neighborhood, 3.5" x 3" diameter