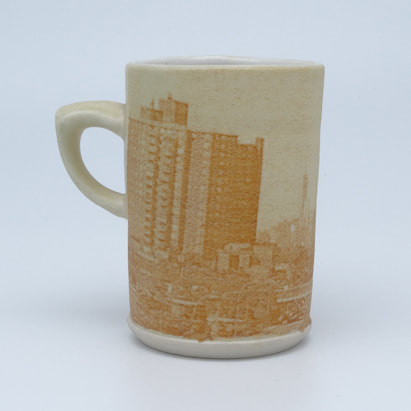 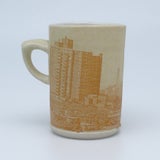 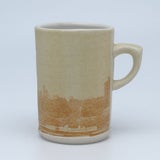 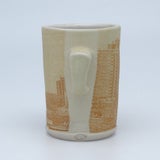 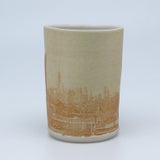 This mug features one of my favorite views in the city, an apartment block, and downtown Manhattan as it can be seen from the platform at Stillwell Terminal in Coney Island. Perhaps the most authentic representation of the city in my mug series, it depicts the day to day slog of the city's residents. 4.5" x 3" diameter