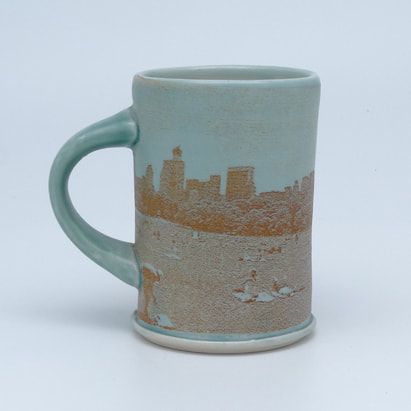 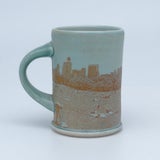 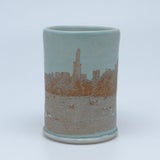 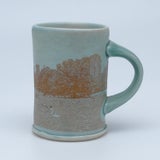 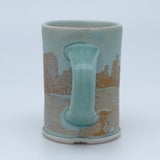 This mug features Central Parks Sheep Meadow. Once a field that actually provided grazing for sheep, it's now the most bucolic setting in a largely not so bucolic city. Residents and tourists alike flock to this lovely spot. this image was taken before the many super tall, super skinny towers were built south of the park. 4.5" x 3" diameter