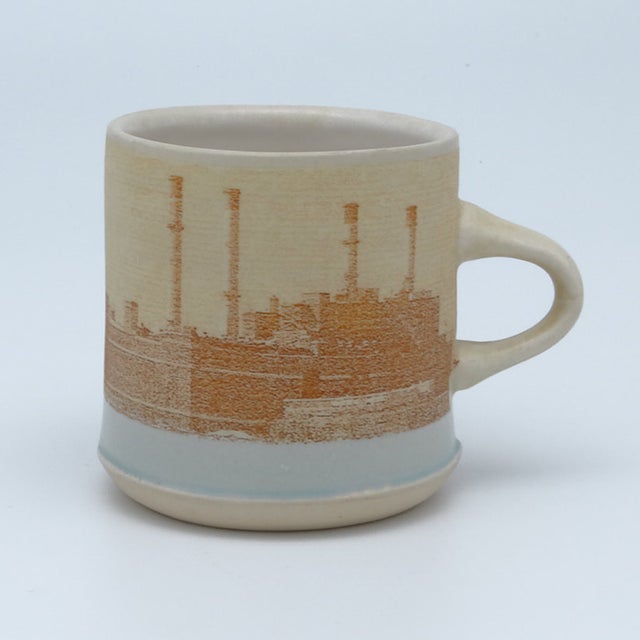 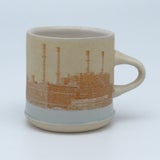 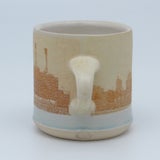 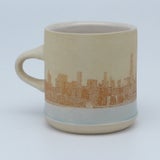 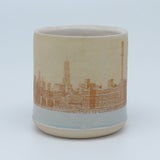 This mug features an image of the 14th street power station. It was originally built to supply power to the IRT subway system, and still generates power for the city. 3.5" x 3" diameter