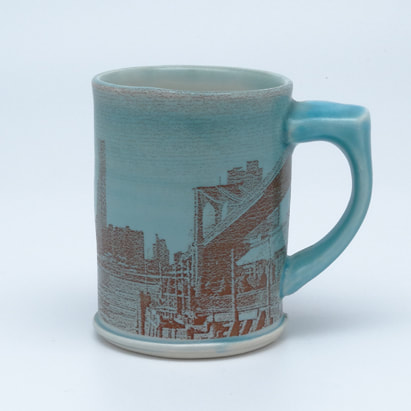 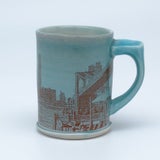 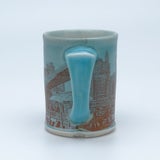 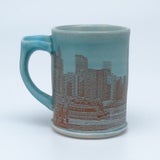 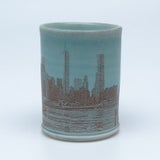 This mug features an early mode of transport across the East River, and its replacement, along with the the rest of downtown. 4" tall x 3" diameter