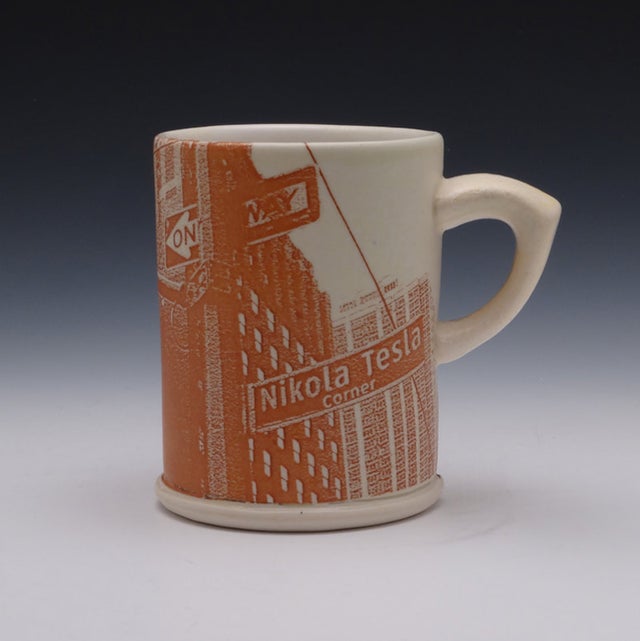 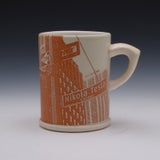 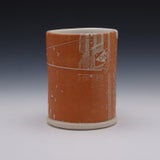 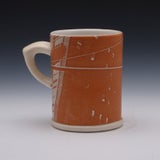 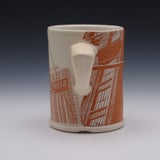 This mug features an image of Nicola Tesla Corner near Bryant Park in New York City. It is made of thrown porcelain, and the image is a photo decal. it is dishwasher and microwave safe. It is about 3 1/2 inches tall